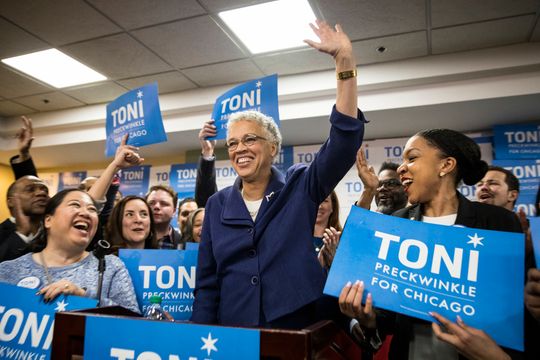 For the first time in the city's history, Chicago will have a black female mayor, making it the largest city in the United States to be led by a black woman representative.

Fourteen candidates made up the field of this week's election, with Former federal prosecutor Lori Lightfoot and Cook County Board President Toni Preckwinkle receiving the two highest percentages of the vote.

The two will compete in an April 2 runoff election, and the winner will become Chicago's first black female mayor. If Lightfoot wins, she will also be the city's first openly LGBTQ mayor.

Lightfoot, originally from Ohio, celebrated the opportunity for change in the city marked by the historic election. "This is what change looks like," she said. "It's true that not every day, a little black girl in a low-income family from a segregated steel town makes the runoff to be the mayor of the third-largest city in the country."

Preckwinkle also recognized the enormity of the election: “This is a historic moment for the city,” she said.

A War on Weed No Longer