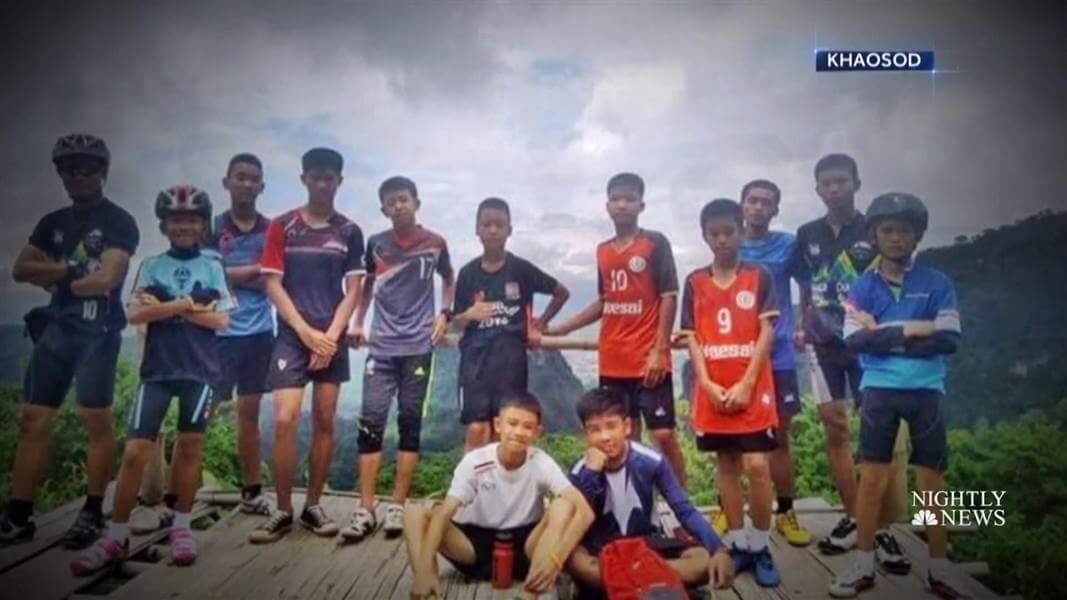 After more than two weeks, all 12 members of a Thai youth soccer team and their coach have been rescued from an underground cave.

The boys, aged between 11 and 16, became stranded in the Tham Luang Nang Non cave system after flooding caused by sudden downpours.

The Wild Boar soccer team was originally located on Tuesday, July 3, nine days after they went missing while exploring caves in Thailand.

Rescue teams, including the Thai Navy SEALs and teams from the US, China, Australia, and the UK, searched for the group for over a week. Rescuers found the group on a muddy incline safe from the flood waters.

The Thai Navy captured the moment on video:

After the boys were found, the focus shifted to a successful rescue. Over the course of Sunday, Monday, and Tuesday, all were pulled from the cave by expert divers.

Tragically, a former Thai Navy officer, Saman Gunan, passed away trying to get oxygen to the boys last week.

The ordeal captured the attention of the world as an international team worked to rescue the boys.

Said the rescue team, "We don't know if this is a miracle, science, or what. All the 13 Wild Boars are now out of the cave."

The boys and coach are now being held in a local hospital and all are expected to make a full recovery.