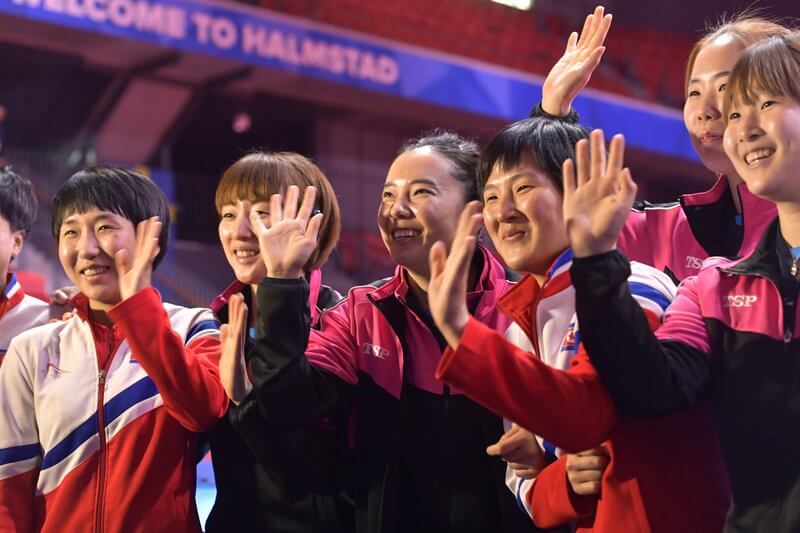 North and South Korea's women's teams were set to square off in the quarterfinals of the Table Tennis World Championships on Thursday. They had other plans.

In a show of peace echoing the official end of the Korean War which occurred last week, the two sides decided instead to combine teams and move on to the semifinals... together.

International Table Tennis Federation president Thomas Weikert noted that the teams (now "team") “received a standing ovation from the delegates who showed their sign of support to this historic move.”

The combined team will play together in Friday's semifinal match.

As the South Korean table tennis team stated, this marks “an important statement to promote peace between our countries through table tennis.”

The move comes a week after North Korean leader Kim Jong-Un and South Korean President Moon Jae-in met at the border to officially end the Korean War, 65 years after its start.

Much is still to be figured out, but it has been a week of progress on the Korean peninsula.