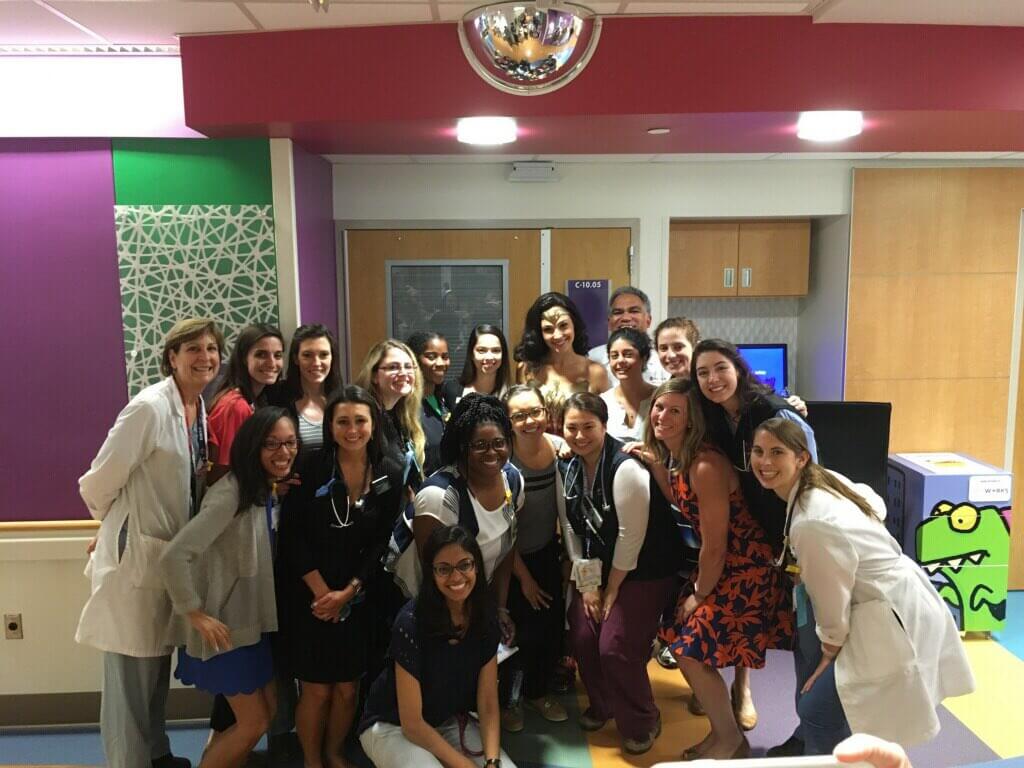 Off-screen, Gadot is playing the character as well, although for a different reason.

She visited the hospital and spent time with patients and staff, bringing smiles to their faces.

Said one doctor on Twitter, "Thank you ⁦@GalGadot⁩ for visiting us ⁦@InovaHealth⁩ Children’s Hospital. You are a true Wonder Woman. The kids loved it...and so did the staff 😉"