From surviving to thriving, Corshai Williams will attend MIT in the fall, despite all odds against her 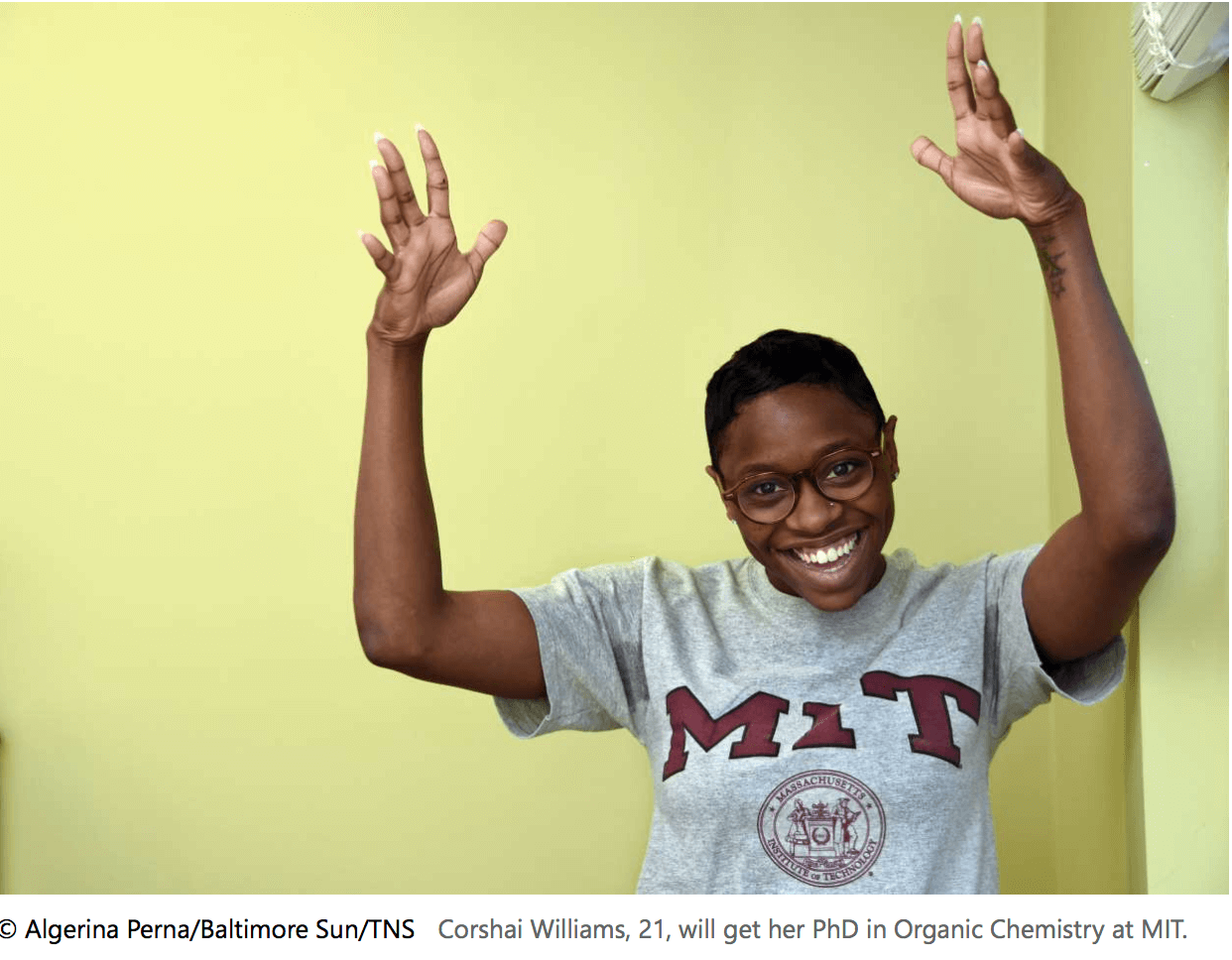 Corshai Williams, a young woman from West Baltimore, was recently offered a job by the board of trustees at Virginia Union University upon completion of her doctorate in Chemistry at Massachusetts Institute of Technology, which she will begin in the fall.

Williams came from a very rough part of Baltimore, where she was forced to sacrifice school to take care of her family while growing up. To Williams, it was a struggle for survival.

However, once high school began, she was given the push she needed to see her dreams of college.  "She was driven. She was ambitious, a go getter. The transcripts may not speak to your true capabilities," Nakia Green, Williams' advisor and close friend, told MSN.

Although her grades didn't shine, her personality and character did. Once in college, Williams began to thrive.

Last summer, Williams got an internship at MIT, where she fell in love with the research and culture of the school. She was encouraged to apply to the school for her doctorate.

She got in with a full scholarship.

The Virginia Union President wanted to offer Williams a position of assistant professorship because he sees her power as a student and a mentor.

"She is ambitious, but she is also patient. She is extremely articulate," he said.

Williams feels like she can breathe for the first time. "I think I am just transitioning out of survival mode," she said.