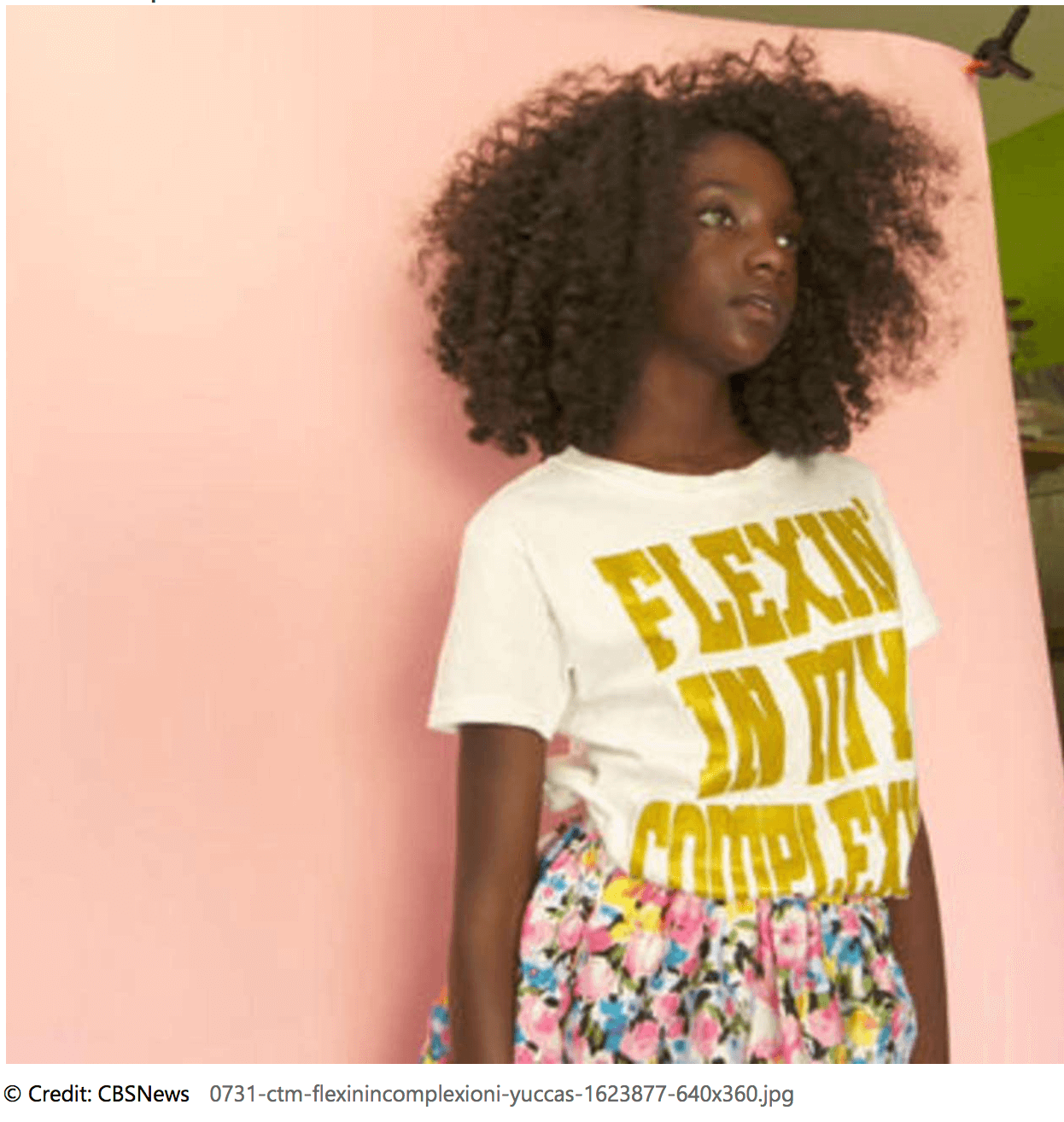 When Kheris Rogers was bullied in school, she looked to her sister for support. Since then, the two have created an empire that stands up to every bully: a booming fashion line.

With over 10,000 shirts sold, Kheris and her sister have embraced their slogan, "Flexin' in my complexion," which strives to empower anyone who may be bullied for their skin color.

"So flexin' in my complexion means to me that, it doesn't matter what other people think about you, it's what you think about yourself and you don't let anybody tell you different," Kheris told CBS News.

One day, Kheris's older sister, Taylor, tweeted a picture of Kheris writing, "my sister is only 10 but already royalty", adding #FlexinInHerComplexion."

The tweet went viral. People were so inspired by "flexin in my complexion,"Taylor suggested that they put the slogan on a t-shirt. Soon enough, even stars were wearing their shirts.

Kheris is the youngest designer ever to take part in New York's Harlem fashion week.

"I see black beauty. I see melanin popping. I see anything you can think of."

For the full story, read here.