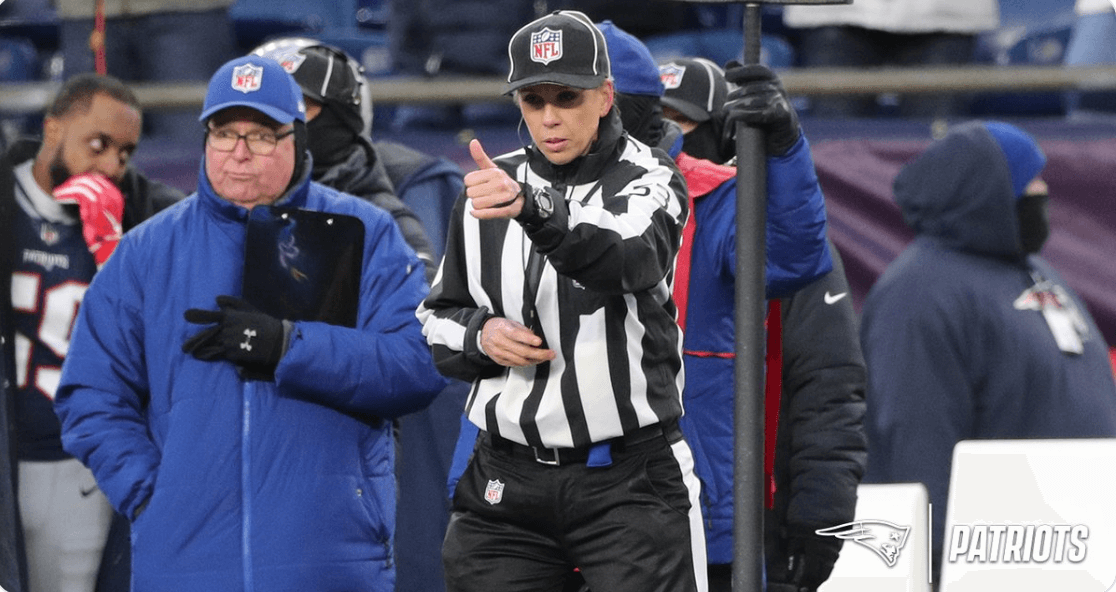 Photo courtesy of the Patriots

NFL official Sarah Thomas became the first female to officiate a post-season NFL game, only the most recent addition to the many triumphs of her career.

“I’ve always said that if you do something because you love it and not try to prove somebody wrong or get recognition for it, the recognition probably just is going to happen,” Thomas told CBS News in 2015.

While Sarah never embraced the "trailblazer" title, she understood that her role moves mountains for other women and girls. “A man may feel as if he can have his way or whatever, but I just think that when we carry ourselves with confidence, and walk into a room with confidence, the atmosphere kind of changes,” she said.

People across the country have been flooding social media with support for her. “You have to see it to be it, and little girls everywhere are watching. Way to go, Sarah Thomas!” tennis star Billie Jean King wrote.

Now, while watching football, the sidelines are no longer filled only with men, but with strong female role models, as well.