A woman was turned away from a nail salon for her disability. What she got instead was a life-long friend. 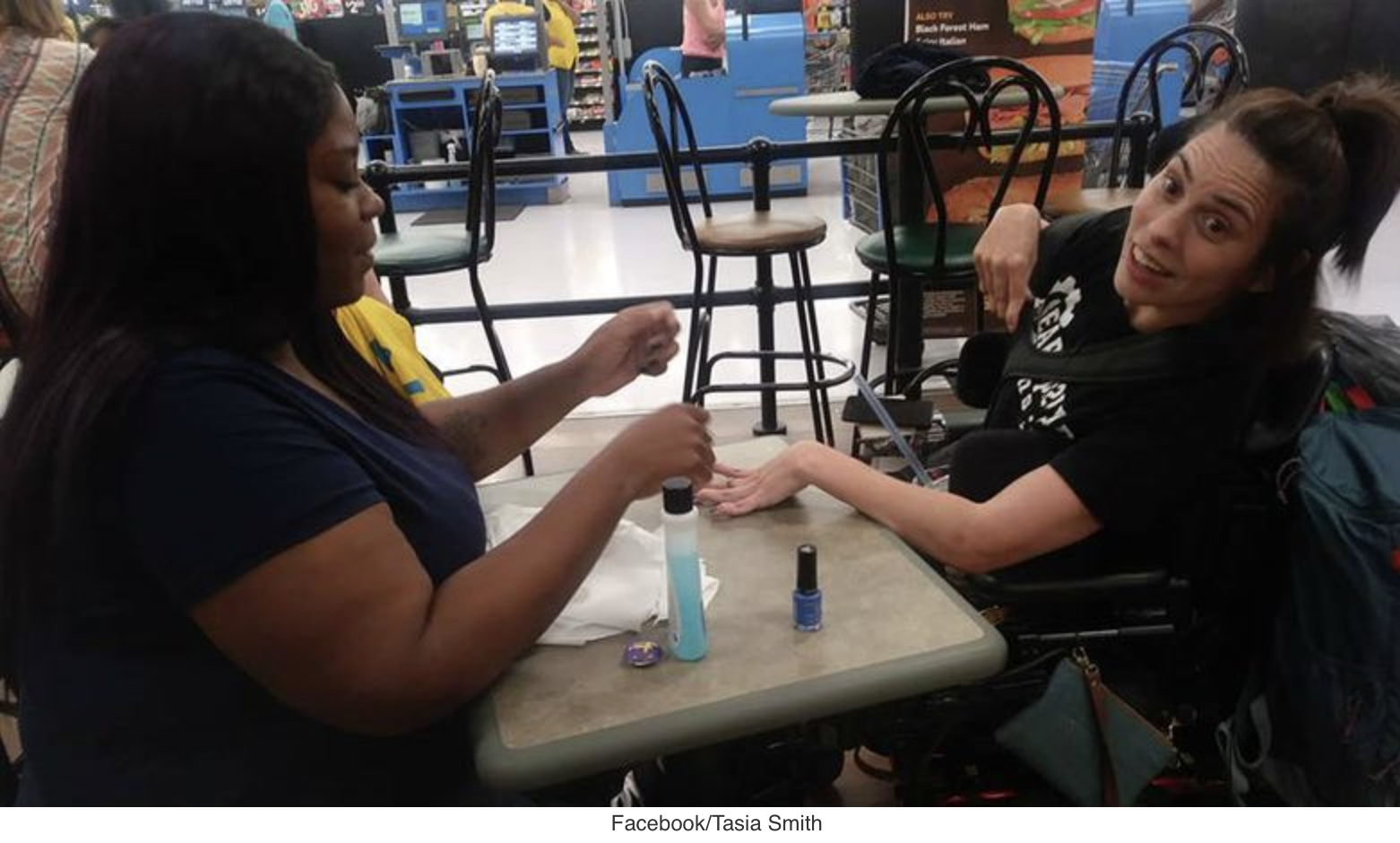 When a woman was turned away from a nail salon at a Walmart, Ebony Harris, a store employee, offered to paint her nails for her.

Angela Peters, who is confined to a wheelchair due to cerebral palsy, was turned away from the nail salon because her hands were too shakey. Ebony, while on her lunch break, saw her get turned away and decided to help out.

The two picked out a nail polish in the store, and Ebony spent her lunch break painting Angela's nails. They sat at the Subway inside the store and got to know each other while painting nails. A passerby took a photo and posted it to Facebook, where it went viral.

"Spread awareness that no matter the person, who they are, what color they are, disability, whatever, they're people too. She's a girly girl. She's just like you, me, my daughter, anybody. She wants to look pretty, you know, and so why can't she?" said Ebony.

Not only did this spark a friendship that will last a lifetime, but it raised awareness for those with disabilities.